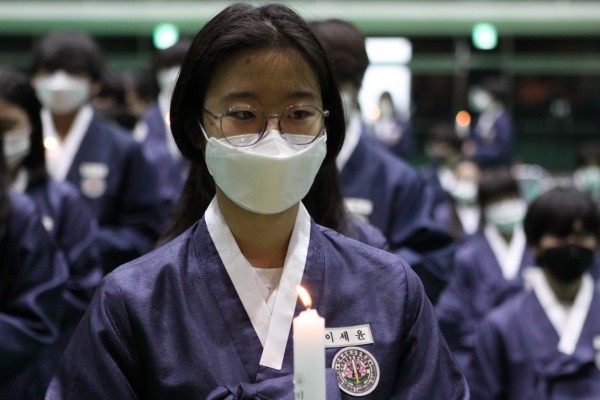 ‘KMLA’ is short for Korean Minjok Leadership Academy, but few outside the school can agree on the meaning behind the word ‘Minjok.’ Some mistake it as simply a reference to Korean ethnicity. Others believe it means the Korean nation. Even scholars and sociologists have vastly different views.

While there may be no perfect definition or explanation for Minjok, KMLA chose to incorporate it into the name of the school and its motto, which is to nurture responsible students who sacrifice themselves for the good of all their communities, the nation and our world. To this end, KMLA raises students who seek to use their aptitudes and talents to create myriad better societies.

Some may be critical of the connection between nation and ‘Minjok,’ believing it outdated in today’s globalized world. But a sense of belonging and identity are important factors that unite people within communities and nations.

For KMLA students, being part of a group—be it their roommates, classmates, school community, Korea, the world—promotes service and sacrifice rather than individualism and indifference. This feeling of community permeates the campus and enables every student and teacher to consider themselves part of the KMLA family, which continues to grow in new ways as students move onto college and life afterwards.